Cell C Sharks to play their warm-up match in Umlazi 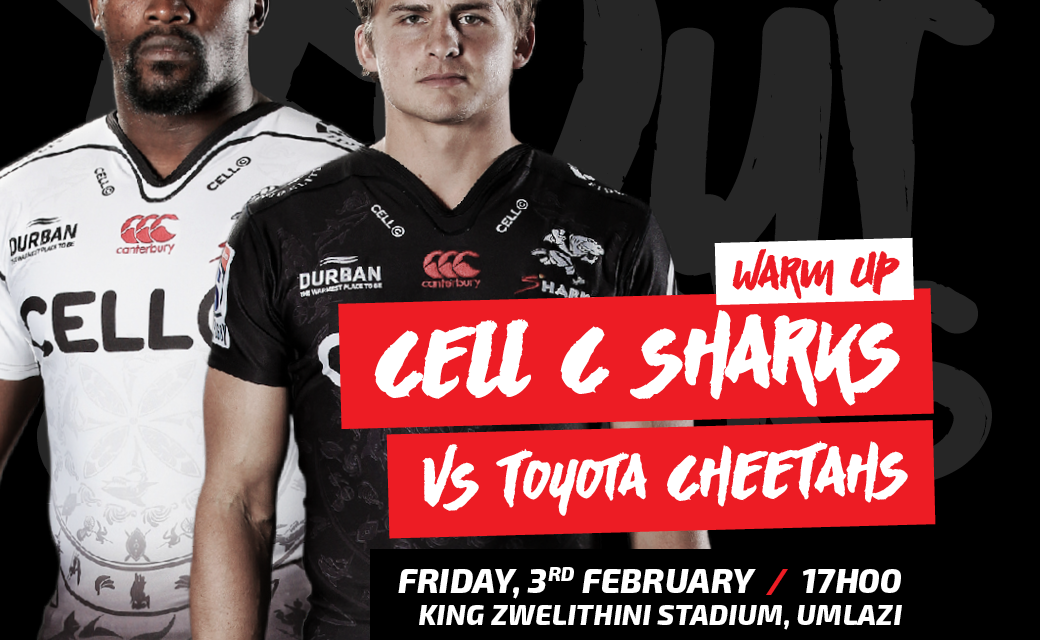 Following the success of our 2016 township tour, which saw the Cell C Sharks XV play three of their qualifying matches in Umlazi, Clermont and Kwa-Mashu, we are pleased to announce that the Cell C Sharks will play their official warm-up match in Umlazi.

This Friday, 3rd February the Cell C Sharks will play against the Toyota Cheetahs at the King Zwelithini Stadium, at 17h00 and 18h30 respectively. Entry is free and both sides will field extended squads.

This is the Cell C Sharks first hit-out since the conclusion of last years Currie Cup tournament and comes on the back of a rigorous eleven week pre-season training block. Fans will get an opportunity to see their favourites, led by Captain Pat Lambie and get to witness first-hand the results of the teams hard work over the past few weeks.

Commenting on the match, Cell C Sharks Head Coach, Rob du Preez said: We are looking forward to the match on Friday. Weve had a gruelling pre-season programme and the energy and enthusiasm shown on the practice field has been fantastic. The players are eager to get the season started and it is also an opportunity for the coaching team to test combinations and see how the players go in the match.

The Sharks on-going partnership with Durban Tourism seeks to enhance social cohesion and take rugby to our community and we are thrilled that we are once again able to deliver on our promise of expanding the profile of our game in new areas, stated The Sharks CEO, Gary Teichmann.

We trust that people in these areas as well as our fans travelling from outside those communities, embrace this match and make it a memorable rugby occasion for everyone involved.

Durban Tourism has arranged return transportation from Growthpoint KINGS PARK to Umlazi. Fans will be able to park their vehicles at the stadium and hop on to two 60-seater buses that have been provided. The first bus departs Growthpoint KINGS PARK at 16h30 and the second bus at 18h00. After the match the buses will return to the stadium at 21h00 and 22h00 respectively.

Phillip Sithole Head of Durban Tourism stated: The City is pleased that the Rugby Township Games have created a sporting legacy for Durban. We are proud that through the partnership with The Sharks we can take the game of rugby to our local communities and disperse Sharks fans to other locations of the city to enjoy the game.

This proves that the passion for The Sharks brand and the sport, shows no boundaries and is limitless. We urge the people of Durban and our visitors to support the game and enjoy the match, combined with the uniqueness of the township vibe and spirit, in South Africas second largest township, Umlazi.

We are also pleased to advise that SuperS

port has confirmed that the main match will be broadcast live at 18h30.