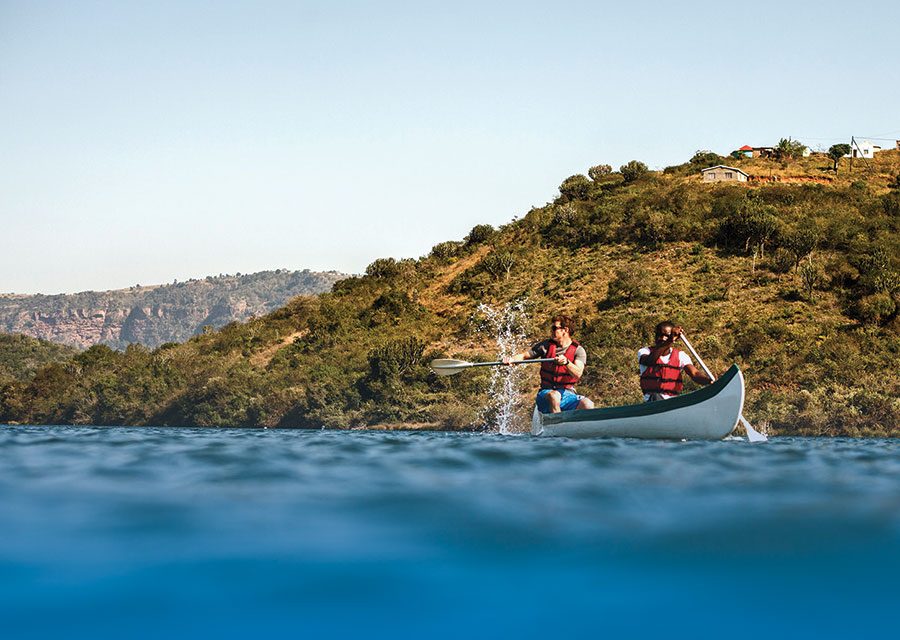 MARVEL AT THE ECO-JEWELS ON YOUR DOORSTEP

The Inanda Durban Green Corridor is a priceless emerald stretch of ecology and culture – to be marvelled at, but also to be explored at length! Whether you are an intrepid adventurer or simply yearning to spend some time out in nature, this is the perfect time of year to pull on your hiking boots, round up friends and family and head to the GreenHub. Here, at Durban’s eco-tourism base, you can book a tour with one of the resident tour companies or collect information for your self-drive tour or hike. The GreenHub also serves as a departure point for your adventure, and offers mountain bike, canoe and pedal-car hire, for a new dimension of outdoor family fun.

The Inanda Green Corridor is a leafy green belt that hugs the uMngeni River, sprawling along the Inanda Valley and stretching its branches into the skyline of rolling hills and pristine countryside. Canoe through the mangroves or set off for the breathtaking Mzinyathi Falls before taking a scenic drive through Finfoot Loop – a popular birding hotspot. Apart from its natural splendour, the area is a brimming treasure trove of history.

Visit the Ohlange Institute, which was started by first ANC President, John L Dube, where Nelson Mandela cast his vote in the first SA democratic elections. Walk in another South African legend’s footsteps as you wander thoughtfully through the Ghandi Settlement. The mysterious rasta caves and Ebuhleni Shembe village offer fascinating insights into facets of local belief, and the Inanda Seminary is also well worth a visit and will amaze and inspire you

The diverse attractions and activities on offer are all community owned, with management support and mentorship supplied through the mechanisms of the Green Corridor initiative. What better way to get to know locals and local culture in an authentic way, than whilst enjoying the beautiful scenery and natural splendour? Have fun on the Inanda Dam, tuck into sizzling shisanyama or sip on a cool beverage at Sbu’s Tavern whilst tapping your toes to some live jazz music.

Inanda is also bejewelled with living, breathing salt-of-the-earth gems: the resident artists, crafters and storytellers that form the vibrant pulse of the experience. Meet artist Caesar Mkhize, world-renowned for his unique and exquisite beaded animals and shop for curios at the Wishwini Art Centre or WowZulu Marketplace. 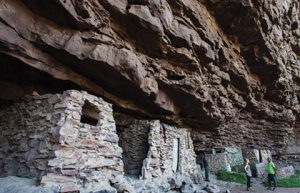 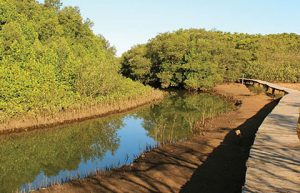 Your ticket to Durban’s Greenest Adventures

Drifting through the mangroves on a canoe, a hike to the secretive Rastafarian Caves, see some of Durban’s most spectacular scenery, hidden waterfalls and valleys, race along our epic mountain bike trails or savour our rich history and culture. Durban Green Corridor is the ultimate in responsible tourism, all our tours are done in conjunction with various local communities where we operate and support numerous small tourism businesses. Your support for these activities will directly benefit the communities, the environment and the tour guides you will experience Durban Green Corridor. Whether you want a single activity or range of activities, our friendly travel desk can also package these into an exciting, customised single or multi-day tour of Durban’s hidden gems.