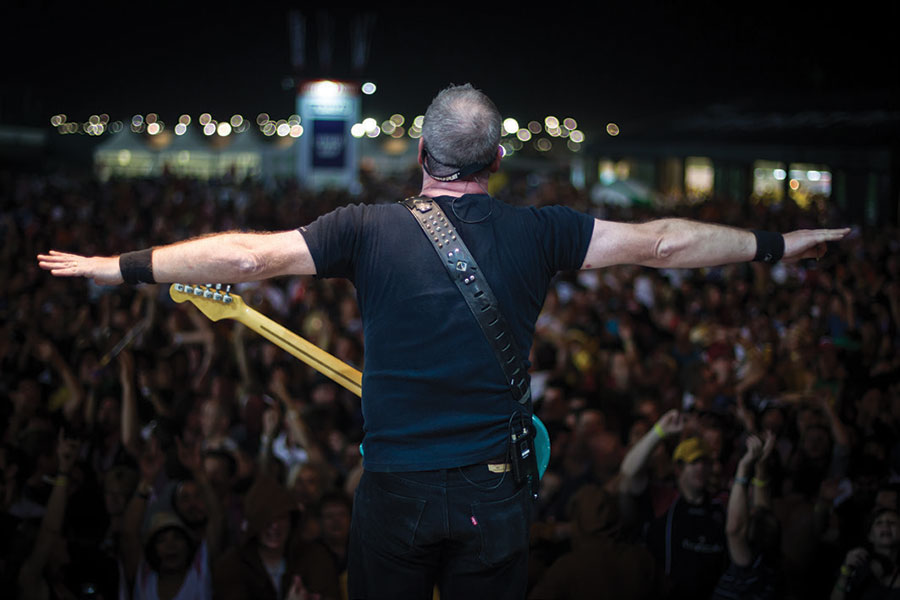 During the summer months, Durban and surrounding KZN has always been filled with a host of sizzling musicians – from Umlazi in the south, Hillcrest in the west, central Durban, Florida Rd and Glenwood, to KwaMashu, uMhlanga and Ballito in the north. There are plenty of top-class musicians to be found passionately playing to the ever appreciative locals and visitors to our beautiful city. 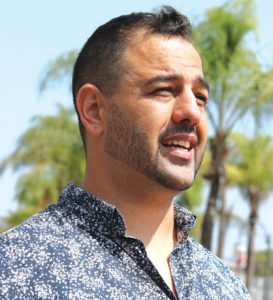 Singer-songwriter Gavin Ferguson started playing guitar at the age of 16. His love for music was discovered in high school alongside his love for drama, for which he received full colours. Having performed in musicals and open mic nights at venues around KZN during his high school career, he has now built a strong local following and is currently expanding rapidly into the national music scene in SA.

After much turmoil between pursuing his career as an engineer or following his musical path, Gavin eventually decided to pursue music as a full-time career in 2013 – and has not looked back since. His first single, Friendzone, became somewhat of an underground anthem, eventually becoming the track that he was known for due to the raw quality and catchiness of the tune. It was Friendzone that initially caught the attention of Archie Majola from Midas Touch Records.

Further to regularly performing, Gavin put his engineering expertise to work, building his own studio and later producing his second single titled Never Know. Singles that followed were Graffiti Blues, Rockets and then Eternal Sin, which was the single that cemented the relationship with Archie, who became Gavin’s full-time manager to guide him on the path of building a brand and moving to the next level in his musical journey.

Eternal Sin enjoyed play-listing on East Coast Radio, Good Hope FM and RSG, among others, and his latest single Not Right has a strong pop element to it and is available on all streaming platforms. The music video for Not Right went viral almost instantly, securing over four thousand views within the first month.  Not Right embodies a feel good vibe with a music video that caters to all demographics and is fun in all regards.

When asked about his favourite venues throughout Durban and KZN, he is cheerful in saying that he enjoyed playing passionately at every dingy bar he could find in the early days before eventually branching out and performing at more prestigious venues such as the Oyster Box, Ballito Lifestyle Centre, Blue Waters Hotel, Katmandu Ballito, and the Hops Ballito – all venues Gavin feels should be commended for their support of local musicians.

Gavin has also ventured into performing for private functions and public festivals such as Splashy Fen, Smoking Dragon, Lube and Tube, Biosphere, White Mountain Festival, Pecanwood Oktoberfest and others – all of which have spurred an evolution in his music and brought great joy to both the music fans and Gavin himself – having shared the stage with and supported artists including, inter alia, Pascal and Pierce, Khan from The Parlotones, Short Straw, Locnville, Jeremy Loops, Mathew Mole, John Ellis from Tree 63, Majozi, December Streets and Crash Car Burn.
To find out where Gavin is playing, or to book him for an event, visit www.gavinferguson.co.za/musician/ or call him on 060 489 8732. 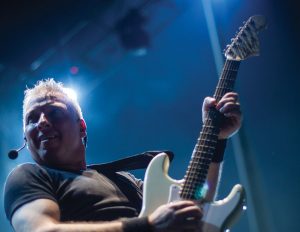 Steve Graham has been in the music business for more than 25 years and has written more songs than he can remember. As a young musician in Newcastle upon Tyne in the North East of England, he learnt the art of entertaining through the world of rock music and was quickly signed by international Manager/Record Producer Chas Chandler, who was manager and record producer for Jimi Hendrix and Slade.

Chas had been a top-selling artist in his own right with the sixties band The Animals. This collaboration proved to be invaluable to Steve as he learned his craft from a master. The Steve Graham Band was formed and went on to work with industry icons such as Sting and the Police, Bryan Adams, Tina Turner, Michael Macdonald, Alice Cooper, Jeff Wayne, Electric Light Orchestra, U2, Jools Holland, Rick Wakeman, Dire Straits, Marillion, Status Quo and many more. After 18 years of working on the stadium circuit, he became more involved with movie and documentary soundtrack composition.

It was during this time that he started producing records for other artists and writing songs for new upcoming talent. In the early part of the 2000s, he was approached by record labels to ‘artist develop’ the new kids in the music business, which he still does today, and after setting up a music and film production company in Dubai, he has gone back to his passion for live performance and embracing the people who love to hear live music. Now based in Ballito, South Africa, he has resumed playing classic rock songs and well-known tunes. 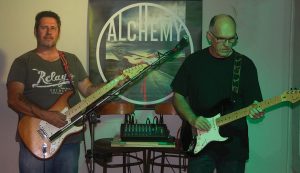 ALCHEMY is a popular musical duo comprising Lance Goldman and John Chamier – two highly talented musicians that have been performing in and around Durban for many years. Essentially a two piece outfit, they have often performed as a five-piece band and recently did so at the Splashy Fen music festival and before that at the Durban International Blues Festival. In fact, over the years, the band has done each festival six times.

Specialising in classics from the 70s and 80s, the ALCHEMY duo now have a regular gig every Saturday afternoon/evening at Pintos in Gillitts. The gig is structured around major sporting events, such as the recent Rugby World Cup, with the starting times dependent on when the events finish. In addition, every Sunday afternoon from 3pm until 6pm, Lance and John host various guests at Pintos for an acoustic afternoon – featuring some great up- and-coming musos as a way to give back to the musical fraternity. So, if you’re looking for some great live music, get down to Pintos every Saturday and Sunday, grab a bite to eat from Pintos’ delicious menu and enjoy some cold ones and a great vibe.

For those locals and travellers interested in finding some hot musicians and venues, visit our website www.durbanroutes.co.za, click on the ‘Events’ icon at the top of the landing page, and browse through our daily updates of music and theatre events on offer throughout Durban and surrounding KZN. If you are a musician or venue keen to get involved and promote yourselves free of charge, simply add your upcoming programmes and/or playing venues to the event lists.

For any musicians and/or venues wishing to be featured on our website ‘gig guide’, please contact darryl@durbanroutes.co.za.