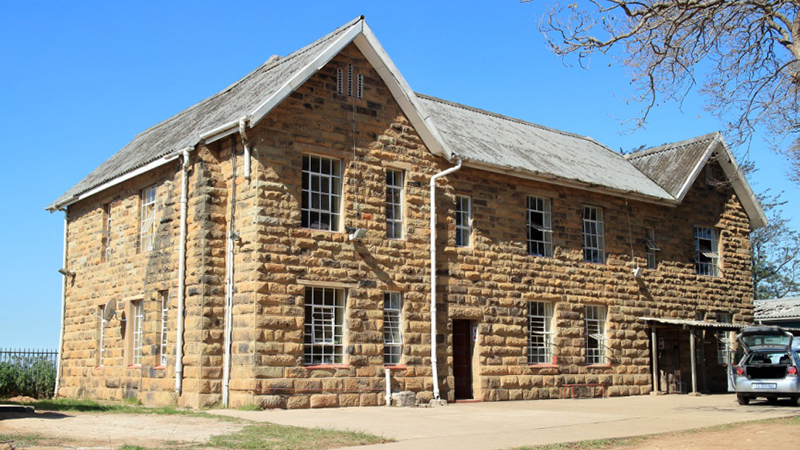 First School In South Africa Founded By A Black Person

Ohlange High School is a secondary school in Inanda, KwaZulu-Natal, South Africa. It was founded by John Dube and Nokutela Dube nee Mdima.

The finances were difficult in the first few years. A solution to this came from an American committee that supported Dupe’s belief that Christian conversion could be achieved via industrial education. A leading member of the committee was the Illinois pastor Sidney Dix Strong who had visited South Africa and had included the Ohlange Institute to his itinerary. Strong’s wife died on the journey back to Chicago and Strong decided to use the Ohlange cause to distract himself from his loss. Strong was able to arrange for the Dube’s to meet Douglas and Emaroy June Smith who became rich due to patent medicines and in time from the Pepsodent toothpaste brand. They donated thousands of dollars to the school which enabled for more teachers to be employed.

This was in addition to the money that Dube obtained from the family of Anson Phelps Stokes. Mrs Dube and her early years needlework class. By 1904 the finances needed further attention and Dube was unable to find any help in Natal. He had to return to America and he left John Mdima in charge of both the school and the newspaper.

In Brooklyn he met the new chair of the committee S. Parkes Cadman who was pastor of the Central Congregational church in Brooklyn. Cadman reorganised the funding arranging for benefactors to sponsor students for £30 a year and arranging for Dube’s helpers and family including John Mdima to go to college.

The Dubes spent fifteen months in the states with John speaking and his wife singing. June Emaroy Smith was particularly generous and funded the 1907 construction of a boy’s building. Dube noted in his talks that the Afro American was largely Christian whereas the native African had only limited access to the Christian message.

The 1917 Girls building at Ohlange

In its early years the school taught not only basic education but also vocational skills such as journalism, shoe and dressmaking, carpentry, motor mechanics and agriculture. Dube contributed to the administration as well as teaching journalism. The academic side was not ignored and in 1915 the first Ohlange students went to study at the University College of the Cape of Good Hope. 1917 saw the construction of a girls dormitory. The purpose here was to establish a teacher training centre which was seen as a female career.

Enoch Sontonga song which later became a South African national anthem became better known after Ohlange Institute’s choir used it. They played it at the South African Native National Congress meeting in 1912. It was sung after the closing prayer and the ANC adopted it as its official closing anthem in 1925.