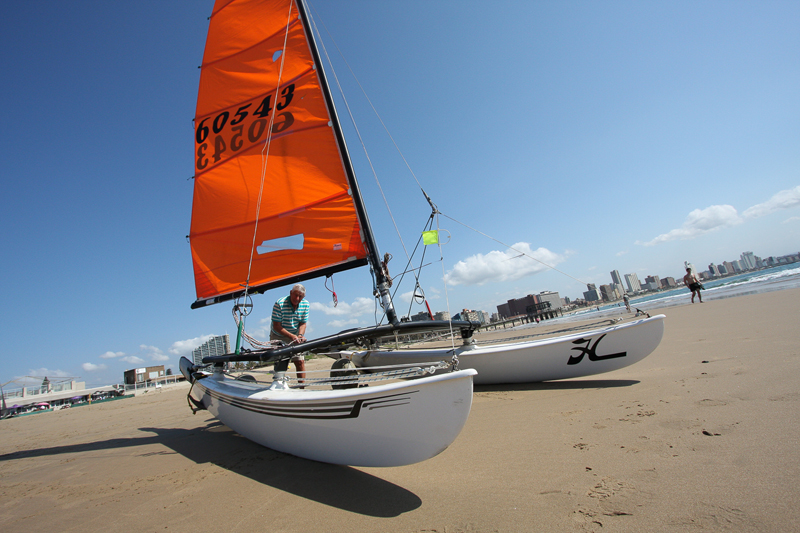 Getting rigged ahead of the season…

The Rear Commodores of Point Yacht Club have been hard at work getting the 2017 / 2018 Summer Season Sailing Calendar ready for the season.

On the tail end of a hugely successful Bart’s Bash in the bay, October sailing gets cracking with the bigger chaps raring to go with the first of three Port Captain’s Sprints kicking off on the first of the month. The well supported traditional Wednesday night sailing begins on the 4 October.

There are four series within the calendar, with three Sundays having the Port Captain’s Sprints, followed by three Sundays of the Caney Series, the Sigma Series over two Sundays and two Sundays with the Jonesy Sprints.

A new addition to the sailing calendar is the social event Braai to Breakfast that features three times on the keelboat calendar. Explaining, Rear Commodore for Keelers, Jon Marshall said, “The Braai to Breakfast events are a social under the thatch on the Saturday evening followed by a sunrise cruise off shore on Sunday morning. Participants will probably sleep on their boats. It will hopefully be a very social event.”

This year, South African keelboat racing is transitioning to the ORC Rating system, making for easier handicap ratings both at club level and bigger events countrywide. “There is a move nationally to get keel boat racing in the country onto the ORC system. This is a totally transparent and adaptable system. The keelers will be using both DRS and ORC this season. Until the end of December DRS will count for serious results. After December ORC will count for serious results.”

The launch announcement with the dates for the MSC Week, a popular week-long offshore regatta, was sent out nationwide to all classes of keelboats giving the heads up for the July regatta. Charlotte Marshall takes the reigns of this event to invigorate and give it a more youthful appeal.

The big fundraising event that the club organises to assist the hardworking lifeline for sailors in need, NSRI Station 5, is the fun Barrel Race which takes place towards the end of the season. In previous years, the club has raised several hundred thousand Rand for this exceptionally worthwhile cause.

For both the keelboats, and the dinghies, there are Match Racing events, and a couple of Pursuit Races. The first main event on the dinghy calendar is the Jonsson Cup, a pursuit race on the 21 October.

Top events include the Flying Fifteen Nationals and the Hobie 16 Regionals held offshore from 16 – 18 December, the class champs in February, the Easter Regatta in March and the SAS Grand Slam in June.

For the smaller sized boats, the season kicks off with two weekends of Newbie sailing, encouraging casual, less experienced and newer boat owners to learn the intricacies of actual yacht racing. “The angle I was looking from is that we have a number of people who do own dinghies of various classes, but who do not have the confidence to come out in a blow, or join in racing even in calm conditions. So, the object is to upskill those folk to help boost numbers on the water.” Rear Commodore for Dinghies, Myles White stated.

After the dust has settled on the phenomenal success of youth sailor, Benji Daniel who was crowned 29er World Champion together with his team mate, Alex Burger; Rear Commodore of Youth, Carolynne Butler is keen to keep the youthful momentum going.

Regular Saturday morning sailing for youngsters is available with Trevor Gibb, anyone interest in joining in can contact Butler on 082 342 9677 or email her for details, commpa@pyc.co.za.

“Youth Nationals is rapidly approaching and this year it takes place from 9 – 15 December up the road at Henley Midmar Yacht Club. We are expecting a strong contingent of PYC Youth to attend on anything from Oppies to Hobie 16’s.” enthused the recently appointed Rear Commodore.

For any person wanting to gain experience, passionate sailor and committee member, Nhlanhla Phakathi is offering first timers an opportunity to learn the ropes with him on any boat at the Wednesday night sailing. Phakathi enthuses, “Well the idea is to get people sailing on any boat, giving them a taste of this truly magnificent sport.”

Any interested wannabe sailors, can contact Jocelyn at the club to book a berth on a Wednesday night with Phakathi. 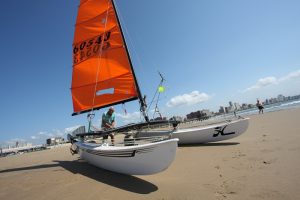 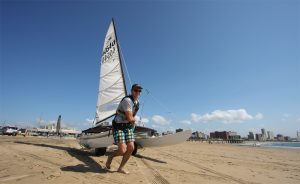 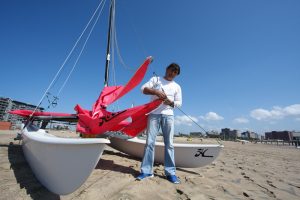