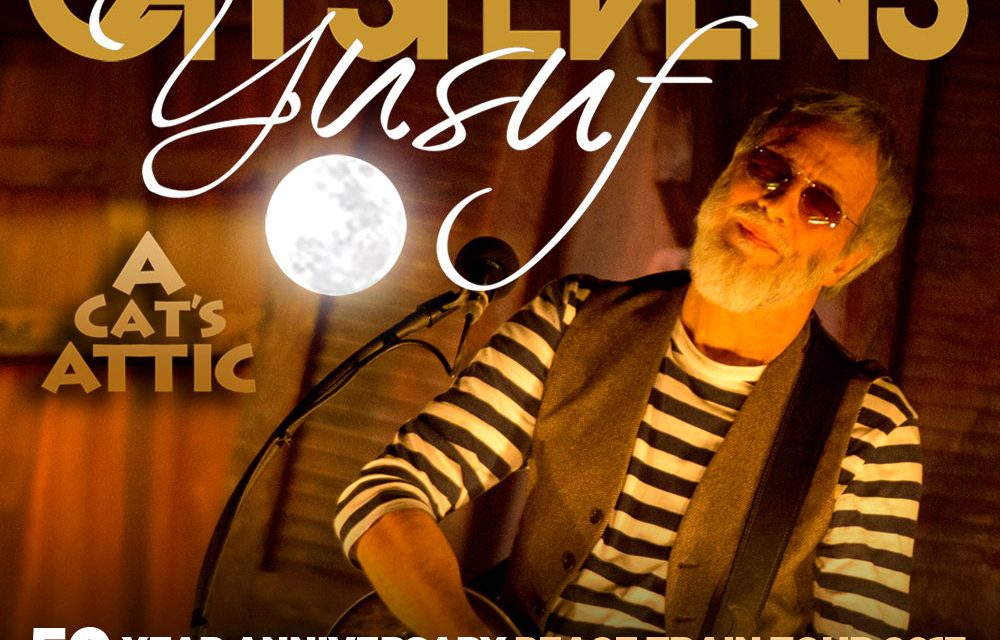 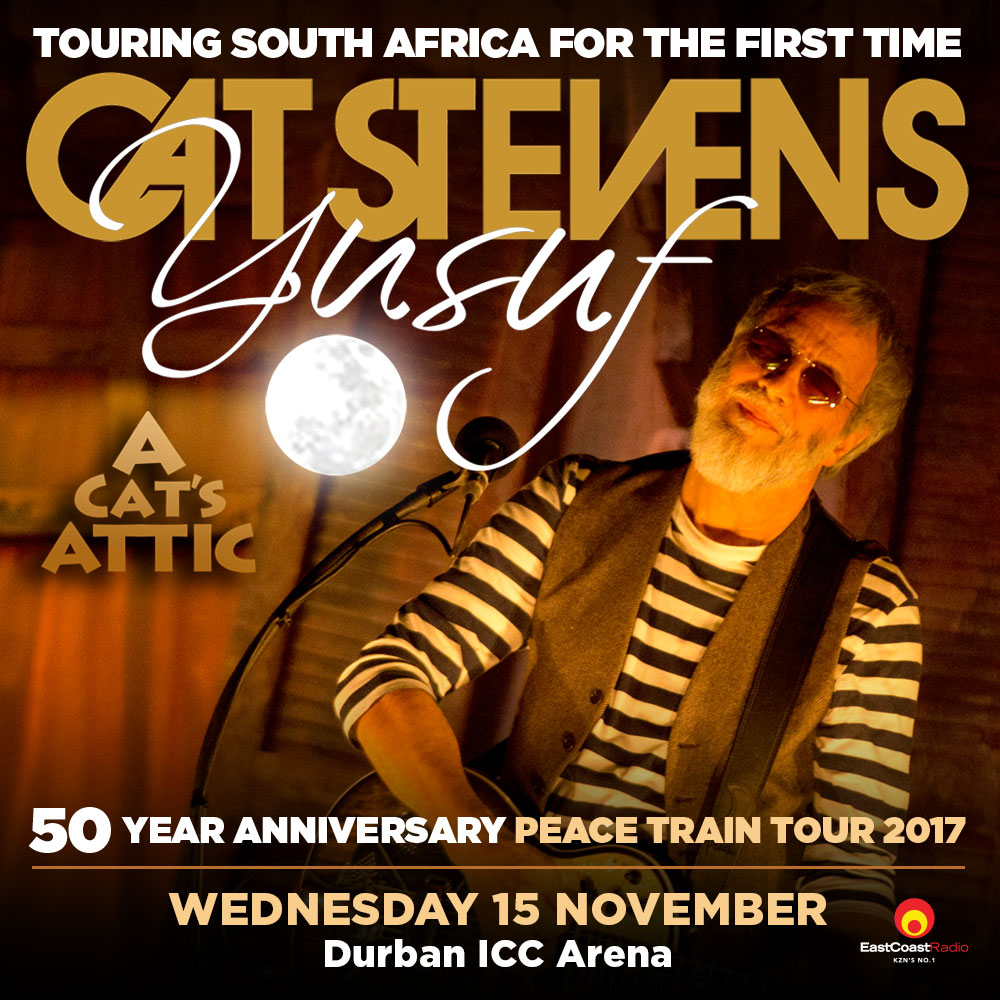 The three-city 2017 concert tour commences on Thursday 9 November at Grand West, Cape Town and then moves to the brand-new Sun Arena at Time Square, Menlyn Maine, on Sunday 12 November and finishes on Wednesday 15 November at Durbans ICC Arena. Tickets go on sale at Computicket this Thursday, 27 July at 9am.

This 50th Anniversary Tour offers local fans an unmissable concert in three major cities, where Yusuf /Cat Stevens will sing his hits Wild World, Moonshadow, Father and Son and Peace Train and the much-loved Morning Has Broken , as well as songs from his new album.

Throughout his five-decade career, Yusuf / Cat Stevens remains a popular artist amongst South Africans. His long-time association with this country began in the early 70s. The global hit, Cant Keep It In held the number one spot on the South African national hit parade for six weeks in 1972. In 2001/2 Yusuf/Cat Stevens added African harmonies and traditional sounds to two of his major hits, Wild World (Bana, Bana) and Peace Train which he recorded with a local choir, the Incwenga Voices. He also performed Peace Train with this choir at the Market Theatre in Johannesburg as part of the broadcast via satellite to a Stop the War Coalition event in London that also featured Cold Play and Ronan Keating. In November 2003, Yusuf / Cat Stevens returned to SA, again to perform Wild World but this time with his former session player, Peter Gabriel as part of the Nelson Mandelas 46664 concert line-up in Cape Town. Returning to South Africa in November this year, Yusuf / Cat Stevens Peace Train Tours brings the artist back to this country but for his first ever tour.

Having first found fame as a teenager in 1960s England, Cat Stevens grew from being a teen idol into becoming one of the most influential singer-songwriters of all time. In addition to his vast musical achievements, his lifelong spiritual quest and search for meaning has added intrigue and depth to a groundbreaking career.

Cat achieved early success in the mid 60s with Matthew and Son, Here Comes My Baby and The First Cut Is The Deepest. In 1968 the heavy workload of non-stop appearances and touring, the excesses of a pop-star lifestyle took its toll and Cat contracted TB. He was hospitalised for several months and began a significant process of inner reflection and meditation. During this time Stevens began to question aspects of his life and spirituality and underwent a profound musical transformation.

From 1970 to 1978 he recorded and released the albums that would establish him as a leading singer-songwriter of his generation. His album, Tea for the Tillerman, from 1970, went multi-platinum in the U.S. and Australia with such songs as Wild World, Hard Headed Woman, Where Do the Children Play? and Father & Son. It was Teaser and the Firecat in 1971 that made him a megastar, with songs like Morning Has Broken, Peace Train and Moonshadow – spending fifteen weeks at the top of the Australian charts, becoming the biggest-selling album of the country in 1972.

In 1975 Cat experienced another momentous and life-changing event after nearly drowning in the Pacific Ocean. Following this he dedicated himself to the Divine path, leaving music he concentrated on the education and humanitarian relief. The tragic events of 9/11 motivated Yusuf to, once again, take to the global stage. He spoke out in the media against the atrocities, against fanaticism and war, and called for peace and unity. In 2006 Yusuf returned to mainstream music with the album An Other Cup, which was followed in 2009 by Roadsinger. 2014 was another monumental year for Yusuf, as he released his fourteenth studio album Tell Em Im Gone and was inducted into the Rock and Roll Hall of Fame. He is currently working on a childrens animation series and writing his autobiography, which is expected to surface next year.

….Yusuf played it as recorded, reminding all how rare are songs of such exquisite beauty. And how much we’ve missed them.The Australian

Yusuf’s back-to-back rendition of ’70s hits Morning Has Broken, Wild World, Moonshadow, Father and Son and Peace Train was met with a standing ovation. Those five songs alone spelled out the legacy of a world-class musician”The West Australian

Adoring fans journey back to the days of old-school Cat.The Age

Share an evening of timeless music in Cape Town, Johannesburg & Durban with Yusuf Cat Stevens, one of the greatest singer/songwriters of our time, in South Africa for the very first time. Dont miss the opportunity to see this legend perform live.Book at Computicket by calling 0861 915 8000, visitwww.computicket.comor your nearest Computicket service centre. For more informationvisitwww.catstevens.com,www.tegdainty.comorwww.showtime.co.za